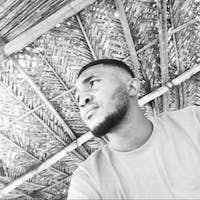 Thanks to the asynchronous nature of JavaScript, we have a couple of features that allow us to run non-blocking chunks of code, which means other parts of our code get executed without delay. One such feature and the concern of this article is the promise object, Introduced in ES6 (ES2015), it sure has made asynchronous programming in JavaScript a lot neater to look at and easy to understand.

A promise is an object that represents the eventual success or failure of an asynchronous operation. Callbacks are attached to the returned object to handle the eventual result.

Before promise got introduced, we used to pass callbacks in functions, which was helpful, but with it came the Callback Hell (heavily nested callback code that is difficult to read). Once you start doing several asynchronous operations in a row, passing callbacks in functions usually led to a Pyramid of doom. With the promise object, working with asynchronous tasks has gotten a lot more efficient and readable.

The Promise() constructor is used to create a new promise object but it is primarily used to wrap old APIs that don't already support promises (i.e setTimeout()) since they still expect success and failed callbacks to be passed the old fashioned way.

State of a Promise

A promise can be of three (3) states:

Note: When there's an error handler ( in the .catch() block or an onRejected callback in a .then() block) attached to your promise, the state of the promise in the case of an error will be fulfilled not rejected because the error is passed as a value to the error handler.

We have two (2) categories of methods that can be used along with a promise; the instance methods and the static methods.

It carries an error handler callback that is called in the case of a failure. It returns a new promise resolving to the value of the callback if it is called or its original value when the promise is fulfilled. The .catch() block is ignored when the promise it is appended to passes a success value as a result.

This method returns a new promise object that is rejected with a given reason.

This method takes in an iterable (usually an array) and returns a new promise. The promise is resolved when all listed promises are settled, and the aggregating array of their resulting values (in the same order as listed in the iterable of all the promises) becomes its result.

In the case of failure in any of the promises in the iterable, all other promises are ignored. This is most useful in cases where we need an "all success" to move to the next phase of the code.

This is a recent addition to JavaScript at the time of writing this article, not all browsers have support for it. You can check caniuse to find out the browsers with support for it.

It waits till all promises are settled regardless of their results (resolved or rejected). It returns a promise with an array of objects that each describe the outcome of each promise.

It takes an iterable of Promise objects and, as soon as one of the promises in the iterable is fulfilled, it returns a single new promise that resolves with the value from that promise.

It returns only the first resolved promise, and the rest of the promises are ignored.

In a case where all promises in the iterable are rejected then the returned promise is rejected with the AggregateError – a special error object that stores all promise errors in its errors property.

Words to take note: Settled is either resolved or rejected. Resolved is successful, Rejected is failed.

One of the common needs when running asynchronous operations is usually the need to run two or more operations back to back, where the result of each operation is dependent on the outcome of the previous one. Before the introduction of promises doing this often led to a Pyramid of doom. With promises, all we need to do is create a promise chain.

Error handling in promises can be done in either of two possible ways.

Handling error in a promise chain is much easier and cleaner appending a .catch() method at the end of the promise chain as shown below.

Performing asynchronous operations in JavaScript got a lot better with the use of promises and also paved the way for the almighty async-await, so it is safe to say we can forget about the days of the popular callback pyramid of doom that were painful to see and read.

While we have mostly used promises to log values in the console in this article, they are usually used to get files or do XMLHttpRequest to and from the server, among others.

You can choose to learn more about promises with the MDN Web Docs and w3schools.

With that, I thank you for making it to the end of this article and I hope this helped you in a way or two because that is and will always be my number one goal in putting these up, and sharing with you guys.